Rene Russell and the Bottom End are a musical group focused on empowering individuals and helping them realize that they have the power inside to make their world a better place and turn it into whatever they would like it to be.

The band is a mixture of Americana Rock, blended with a bit of Reggae and Bluegrass. The band is led by Rene Russell who is lead vocals and also plays a 12 string guitar. She is accompanied by Chris Blackwell in addition to playing drums and providing backup vocals, Chris was actually the producer for the new album. Rene is also accompanied by Jamie Lupini who plays bass as well as backup vocals.

During the pandemic the trio got together deep in North Carolina to record new music and released two singles titled “Unheard of” and “Too Late”, with the latest just being released this past week.

The group is also gearing up to have their debut album titled “Dream the World Anew” released to the public on May 21, 2021 on all major platforms.

You can check out all their music and their upcoming album by clicking on the photo below to be taken to all things Rene Russell and the Bottom End! 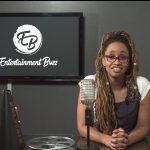