Video games continue to be a popular form of entertainment, especially during the Covid-19 quarantine. What are some of the top selling video games of all time? Many surprises to follow…

Here is a list of the ten top selling video games of all time:

The first game on the top selling video games of all time list is surprisingly a Wii game! This spiritual sequel to the original Wii Sports released on July 26th, 2009. It introduced players to a variety of new sports in addition to the originals, such as swordplay, wakeboarding, archery, among many others. It was developed by Nintendo EAD Group No. 2 and published by Nintendo. It has a total estimated units sold at around 33 million.

The classic puzzle game was released for the original Game Boy on July 31st, 1989 in North America, and again for the Game Boy Color on November 18th, 1998. It’s also been released on pretty much every game system since. It was originally developed by Nintendo R&D1 and published by Nintendo. With impressive estimated total units sold at 35 million, Tetris still holds a spot on the list over 30 years after its original release.

The classic Nintendo game series Mario Kart, released a new iteration for the Wii (yet another Wii game on the list!) on April 27th, 2008 in North America. It was developed by Nintendo EAD and published by Nintendo. It also famously had a handheld wheel controller, which the original Wii controller would fit into. Total units sold is estimated to be around 37 million.

7. Wii Fit and Wii Fit Plus

Another active Wii game takes the number seven spot on the list of top selling video games of all time. Wii Fit was originally released in North America on May 21st, 2008 followed by Wii Fit Plus, a year and a half later, on October 4th, 2009. Both games were developed by Nintendo EAD and published by Nintendo. Together they have an estimated over 43 million units sold.

These classic Pokémon handheld Gameboy games hold the sixth spot on the list with an estimated 47.5 million units sold. Developed by Game Freak and published by Nintendo, Red and Green were originally released in Japan on February 27th 1996, followed by Red and Blue’s released in North America on September 28th, 1998. Yellow, an enhanced version of the previous games, was released later on September 12th, 1998 in Japan and on October 19th, 1999 in North America. Yellow was recently remade in 2018 for the Nintendo Switch as Pokémon: Let’s Go, Pikachu and Pokémon: Let’s Go, Eevee!

The next game on the list is the classic Nintendo platformer. Super Mario Bros. was originally released in 1985 for the Nintendo Entertainment System (NES). It was developed and published by Nintendo. It’s impressive for a game released 35 years ago to still hold the number 5 spot on the list, with an estimated 48 million units sold.

PUBG for short, is an online battle royale game originally released on December 20th, 2017. It was developed and published by PUBG Corporation and has an impressive estimated 60 million units sold. It is famous for its every man for himself type online play with up to a hundred players, and its ability to be played on multiple systems including mobile phones.

The orignial Wii Sports was bundled with the Wii’s release on November 19th, 2006. It was developed by Nintendo EAD and published by Nintendo. Famous for its interactive Wii remote; these sports games (boxing, bowling, golf, baseball and tennis) were fun to play with a group or on your own. It has sold an impressive estimated 82 million units. What a surprise to see so many Wii games on the list, but there was a lot of hype upon release. The Wii mania. Remember when people were breaking their televisions because they weren’t using the controller strap?

The second highest selling game on the list of top selling video games of all time is Grand Theft Auto V, or GTA V for short. Developed by Rockstar North and published by Rockstar Games, GTA V originally released on September 17th 2013 on the PlayStation 3 and Xbox 360 and then rereleased on the PlayStation 4 and Xbox One in November of 2014, and later on Microsoft Windows in April of 2015. A continuation of Rockstar’s infamous Grand Theft Auto series, it’s an open world action adventure crime game. It’s online multiplayer mode, Grand Theft Auto Online, continues to be a popular hub for online gamers. It also broke many records at release, earning one billion dollars in its first three days.

The highest selling game of all time, with an estimated total units sold around 180 million, is Minecraft. This 3D sandbox game originally launched on November 18th, 2011. Developed and published by Mojang, it’s famous for giving its players free reign. One could spend days on YouTube watching videos of exciting worlds, cities and buildings created on Minecraft. It really is up to the player how they want to play. 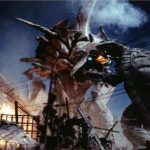