Tim McGraw is one of the most popular names in country music. If you’ve listened to country radio, you’ve heard Tim McGraw songs. Born in 1967 to Betty Smith and Tug McGraw, Tim grew up in rural Louisiana listening to country music. It was here that his roots started forming and he became well acquainted with country music culture. McGraw attended college at Northeast Louisiana State University where he took pre-law courses. It wasn’t long though before he knew that it wasn’t the right path. Taking a risk, he dropped out of school and moved to Nashville. And the rest, as they say, is history…

While everyone has their own favorite Tim McGraw songs, here are 5 of the best in our opinion.

This song premiered in 2004 to massive success. An anthem that resonated closely with McGraw after experiencing the loss of his father, it translated raw emotions towards his listeners. The two writers: Tim Nichols and Craig Wiseman wrote the song for their friend who had received a difficult medical diagnosis. The message of the song is highly relatable to those experiencing hard times themselves, or for those who know loved ones going through difficulty.

2. Angry All the Time

Of all the Tim McGraw songs, this one stands in contrast due to the content, which focuses on the bitter emotions that love can pull from people. Featuring his wife, Faith Hill’s vocals on harmonies, the song capitalizes on both of their skill sets. Despite McGraw and Hill’s real-life relationship depicting a strong marriage, the duo sings about a relationship coming to an end. Listeners relate to the negative emotions that love can cause sometimes, and this song gave an honest depiction of what going through a breakup can feel like.

“Highway Don’t Care” is a collaboration between Tim McGraw, Keith Urban, and Taylor Swift. This trio works incredibly well together to create a sultry and convincing love ballad. The message of the song is that “the highway don’t care if you’re all alone, but I do, I do.” Taylor Swift’s added vocals pair nicely with McGraw. This would be their first collaboration after Swift’s famous single “Tim McGraw” premiered in 2006. Keith Urban takes the guitar, performing a powerful solo after the bridge. The three of them pack a powerful punch, bringing together some of country’s most beloved artists.

4. If You’re Reading This

One of the best Tim McGraw songs, this piece describes the implications of war, and the emotions surrounding losing loved ones who have served. The Warren Brothers co-wrote with McGraw to show the point of view of a fallen soldier. There aren’t many songs like it. It’s unique, original, and helps people relate more to what soldiers face when serving their country.

“Don’t Take the Girl” was McGraw’s first Number 1 single to top the charts. It told the story of a boy named Johnny who fell in love with a girl. This is the type of country song fans rave about, with its descriptive lyrics and catchy melody. Back in 1994 when it was released, McGraw even sported a mullet. Of all the Tim McGraw songs, this represented the pinnacle of country music in the ’90s!

Tim McGraw has paved the way for country artists today. Starting from the ground up, he sang songs he was passionate about and put his unique spin on music. McGraw and Faith Hill are some of Nashville’s most famous sweethearts, and both their marriage and three daughters are excellent examples of finding love. His career is admirable in many ways, but his kindness and relationship with family and his fans mark him apart from others.

Reach out to us here on Entertainment Buzz and let us know what your 5 top Tim McGraw songs are by commenting below! 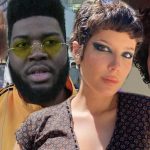 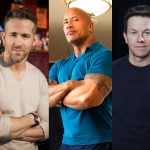