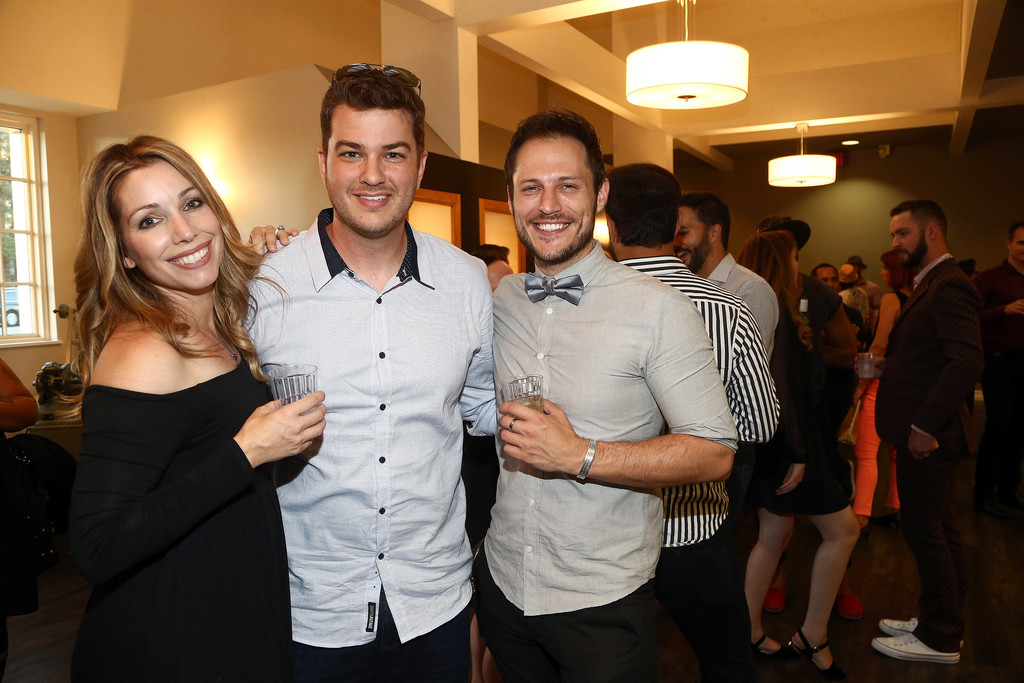 The holiday season is in full swing and while many things are different this year, one thing that remains the same are the abundance of holiday-themed movies. Lifetime and Hallmark are known for their Christmas-themed programming that normally begins in November, but this year other streaming players such as Apple TV+, Hulu and Paramount Network are also joining in on the festivities. One thing that a few of these titles have in common, composer Chad Rehmann. This year alone, Rehmann has provided original compositions for Lifetime’s A Very Charming Christmas Town, Paramount Network’s Dashing in December and Lifetime’s Christmas on the Menu. His past resume includes over ten more holiday films, so it’s safe to say Rehmann is somewhat of an aficionado when it comes to the genre. The music to these films is not always highlighted, so we wanted to pull back the curtain on Rehmann’s work. In the below exclusive interview, he talks about the process for creating the perfect holiday score.

-You have three holiday films coming out this season: Lifetime’s A Very Charming Christmas Town, Lifetime’s Christmas on the Menu and the Paramount Network’s Dashing in December. I imagine it gets very challenging trying to come up with new ideas for each one. How do you keep things fresh?

Yes, it can definitely present a challenge! For me, I try to focus on what makes the film stand apart from the others and accentuate that. Locations are a good place to start. Is it in the country? City? Coffee Shop? Antique Store? All of these locations can suggest a different approach to the store. Another way to differentiate the score is by focusing on the backgrounds of the characters. Are any of them from the city? Small, rural town? Ranch? Far off location?  This helps in examining what musical language to use. If a character is from a small town, maybe they deserve a melody that is simpler and more folksy. If a character works in business or technology, maybe there is a digital component to the orchestration. If a character is free spirited she/he may have a melody that enhances that aspect of her/his personality. There is always something unique about every project that I feel I can latch onto and use as I develop the film’s musical world.

-Has your approach changed at all from the first Christmas movie you scored, A Nanny for Christmas, to your latest one, Dashing in December? If so, how? Compositionally not much has changed, except for the fact that every project hopefully helps me grow as a composer. One aspect of the job that has changed, however, is that it has become easier to anticipate what each individual network comes to expect with their scores. Having worked on projects with numerous distribution/network companies, there is definitely a difference in how each company expects the film to sound. Because a working relationship already exists, I can plan out and execute the score quicker knowing what notes/expectations will be coming down the pike.

–Dashing in December is the first holiday film you have scored for Paramount Network.  Has the process been any different from when you score Hallmark Channel or Lifetime holiday films? After seeing an early cut of the film, I knew that sleigh bells, flutes, and other instruments that one would expect to hear in a Christmas film was not the way to go. The director (Jake Helgren) and I decided early on to score this film more as a Romantic Drama that happens to take place during Christmas as opposed to a “Christmas Film”. To be clear, there are still a lot of Christmas songs present, but that’s accomplished through some fantastic source music used throughout the film. The score for this production has a more intimate character than others I’ve written – only using a string orchestra, acoustic guitar, a tiny bit of piano and the occasional solo violin; however, in some ways having a “simpler sounding score” was more difficult. It’s easy for a composer to hide behind a large orchestra, but purposefully limiting one’s resources and using the resources sparingly can bring about its own challenges.

–A Very Charming Christmas Town has a live performer at one of the town events. Did you arrange any of the music she is singing or is that the sound supervisor? Almost all of the songs and source music used in the films I work on are written and recorded by others and in place by the time I receive the film.

-How has your work been affected from the pandemic? Have you faced any new challenges because of this? I felt very fortunate that two of the projects that I was working on had already entered post-production, which meant that I had a good amount of work during the beginning of pandemic. Filming in Los Angeles opened back up during the summer, and I think many production companies quickly began to produce content not knowing how long they would have that ability – so, that work trickled in soon after. The one difference that most of us composers are facing is the new remote recording landscape. I think I can speak for a lot of composers when I say that the part of the job that we love the most is interacting with musicians as they record our scores. This now has become a process that needs to happen remotely, which has its advantages and disadvantages.

-What does the preparation process look like before you begin working on each of your films? Once I receive a film, I usually watch it a couple of times and then take the day off. I have found that so much of my creative process takes place when I’m away from my computer that I purposefully lean into that and initially step away from the film in order to collect my thoughts and begin thinking about how I want to approach the film. Early on in my career I would watch the film and immediately start writing. Inevitably this resulted in many first and second drafts being thrown out by me before even sending them to the director, as I don’t think I had enough time to fully ingest the material and let it marinate a bit in my mind. A majority of the melodies and themes that end up on the show come from me humming in the shower, a thought that I had while taking a walk, or an idea that pops in my head as I play with my kids. The worst is when the idea comes right before I fall asleep, because that means I have to get out of bed and get it on paper before I forget!

-Is there part of the scoring process that you prefer over others? Working with live musicians is by far the most enjoyable part of the process. Many of the musicians that I collaborate with have worked on numerous scores with me. Because of remote recording, I can also record musicians from anywhere in the world. In fact, the orchestra for Dashing in December was recorded in Budapest while the soloists were recorded in Los Angeles.

-Is there a genre that you haven’t scored that you would like to? It is interesting that 80% of my work is either Christmas or Horror films. (My family prefers the Christmas films, as no one in my house is a horror fan!) Horror films definitely present more opportunities for experimenting with sounds and textures; however, the increase in network and streaming Christmas content has meant that more people are exposed to my Christmas scores. It would be fun to explore what a mash up of these two genres could look/sound like! This year, however, I feel that everyone needs all of the sparks of joy that we can get. I’m happy to be a small part of that. 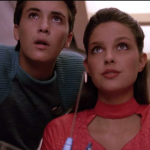 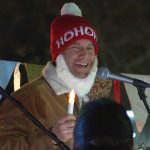