The Kissing Booth is a romantic comedy, which is popular among teenagers. In the movie the three main characters sort out issues dealing with their relationships throughout 3 main parts of the movie. Some of these issues include things like, “I do not want to talk to you, you broke our rule from the list” to “If you do not like my girlfriend, I will break up with her for the sake of our friendship”.

In the third part at the center of the plot is Elle’s internal struggle with choosing a university/college to attend. Alongside her are two people who are most dear to her, brothers not blood-related, but close in spirit, brothers who have entered different universities/colleges, two brothers, and one will have to be abandoned.

Elle is torn between Harvard, where her boyfriend Noah entered, and Berkeley, where her best friend, Lee, is attending. The climax comes when Noah breaks up with Elle because he understands that Harvard was not her choice, but the choice of her feelings for him. After that, Elle’s internal dialogue begins: “I listen to everyone, but not to myself. I choose what others expect from me”. Choosing a university is one of the most important decisions in my life, but she had to make it under the pressure of other people.

Somebody, please, explain the last scene!

Friends, this film is a wonderful indicator that you will be miserable until you choose to listen to your inner voice because only you know the true needs of your heart. Eventually, Elle puts herself first and confronts her friends with the fact: “I am going to Los Angeles, I will be a game designer. Period”. There is not even a light needed here, it flows from Elle’s eyes, she is proud of herself that she has finally chosen what is important to her. But at night, she is tormented by the question: “ At what cost?”.

Thus, the final scene divided fans of the trilogy into two camps, who have been debating whether Elle got back together with Noah after 6 years of separation or their paths were still divided. My opinion is this: Noah, when he was about to leave the party, turned around to look at Elle, and Elle, in turn, was following him with her eyes all the way and was overwhelmingly tense, which proves that she was waiting for Noah to turn around. Then there were those happy faces when they saw each other again. I think everything is clear here.

Other guys think that the directors wanted to show the stage of the characters, stretching from diapers to graduation, ended on this note, on these glowing eyes. This smile was an indicator that all the past of both were forgiven, but for each other they will remain the same teenagers, who once lost their heads and were infatuated with each other.

Regardless of which version you prefer, whether they lived happily ever after or not, we can definitely agree on one thing; and that is this part is not the most important part of the series and somethings could have been excluded. However, how the directors developed the hero of Joey King, how she spiritually grew up to chose herself, her dreams, her passion, and love, this was the most important part of the show. This is why The Kissing Booth 3 is worth watching, even if you do not believe in a happy ending! 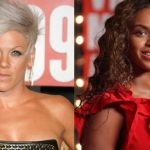 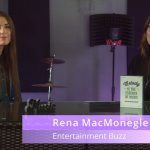