Every year, a list of the highest paid actors is released. People love getting to see their favorite performers and find out how they’re ranking for the year. Most of the names on this list should be recognizable, so watch out for your favorite actors. Their hard work has earned them spots as the Forbes highest paid actors in the world. That’s a pretty big accomplishment!

Dwayne Johnson is the number one earner of 2021, with a reported 89.4 million dollars. Johnson held the top spot for earnings in 2020 as well. You may have watched him in Jumanji, Moana, or GI Joe. This year, he stars in Jungle Cruise alongside Emily Blunt. He’s made quite the career for himself in film, while also being an avid fitness star. He works out almost every day, which keeps him in top shape for the stunts he performs. In Moana, he made his singing debut with Lin Manuel Miranda’s “You’re Welcome.” Married to Lauren Hashian, the pair share two daughters together: Jasmine and Tiana.

Chris Hemsworth holds the number two position for highest paid actor. He reportedly makes about 76.4 million, and you probably recognize his name from the Marvel franchise. He’s made his mark playing the avenger Thor. He’s appeared in the first Thor, Thor: The Dark World, Thor: Ragnorak, and is set to appear in Thor: Love and Thunder, which should release in 2022. He also appears in the Avengers franchise, with the debut Avengers, Avengers: Age of Ultron, Avengers: Infinity War, and Avengers: Endgame. Hemsworth also made an appearance in Doctor Strange. Thor is a character Marvel fans adore; he won’t be disappearing anytime soon.

Robert Downey Jr, another Marvel affiliate, is known to have made 66 million in 2021. He also starred in the Avengers series, playing Iron Man. He began playing the famous character back in 2008. He also starred in the Sherlock Holmes movies, produced by Warner Brothers. He recently starred in Doolittle as well. Fans love him for his sarcastic personality and charm.

Akshay Kumar takes the fourth spot on the highest paid actors list with an estimated 65 million. Some of his starring roles have been in Hera Pheri, Saugandh, Khiladi, Baby, and Rowdy Rathore. Kumar started out studying martial arts in Hong Kong, where he was encouraged to take up modeling. From there, modeling spiraled into an acting career. His ability to do stunts helped him land jobs with adventurous characters.

Spot number 5 belongs to Jackie Chan, who reportedly earns 58 million. Chan has been a beloved actor for a long time. Some of his famous roles include Who am I, Rush Hour, Kung Fu Panda, and Police Story.

Cooper has made an estimated 57 million this year. He’s known for A Star is Born, Silver Linings Playbook, American Sniper, and American Hustle. He’s been nominated for 8 academy awards and won 2 Grammys.

Adam Sandler is the seventh on the list of highest paid actors, also making a reported 57 million. Sandler is loved for his humor and big personality; most people know him for his comedies. You may have seen him in Just Go with it, 50 First Dates, The Waterboy, Big Daddy, or The Wedding Singer.

Another familiar face from the marvel universe, Chris Evans made an estimated 43.5 million in 2021. He stars as the character Captain America, and also takes part in the Avengers franchise. He also has had big roles in Knives Out, Gifted, and Defending Jacob.

Paul Rudd ranks at spot number 9 as one of the highest paid actors, holding about 41 million. His role in the Marvel universe has amped up his career, but he’s been around for a long time. Appearing in Friends, Clueless, The Great Gatsby, Veronica Mars, Parks and Rec, and many more, he’s well loved by fans. He plays Ant Man in the MCU, with two feature films out currently and a spot in Avengers: Endgame.

Spot number 10 on the highest paid actors list goes to Will Smith, with 35 million. Will Smith is a favorite actor for so many, due to his wonderful sense of humor and fun personality. Some fan favorites he’s appeared in include Hitch, Men in Black, The Fresh Prince of Bel Air, I am Legend, Aladdin, and Collateral Beauty.

Did any of the names on this list surprise you? They all are pretty well-known celebrities,  with good reason, given that they are the highest paid actors of 2021. Let us know here at Entertainment Buzz who your favorite is! 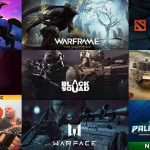